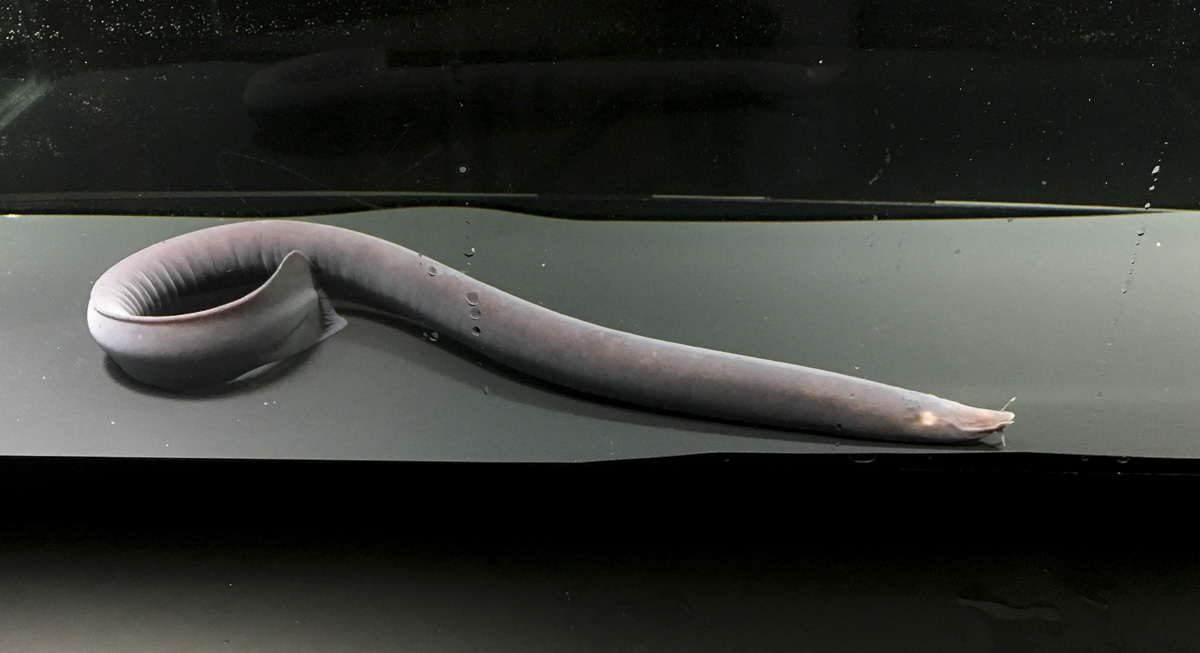 My new paper addresses the evolution of hagfish slime thread and the thread cells. It shows the largest cell size allometry in animals known. The results suggest a significant impact from body size-related selection (via predator-prey interactions) for the evolution of slime threads.

See interviews by The Scientists and SYFY Wire. 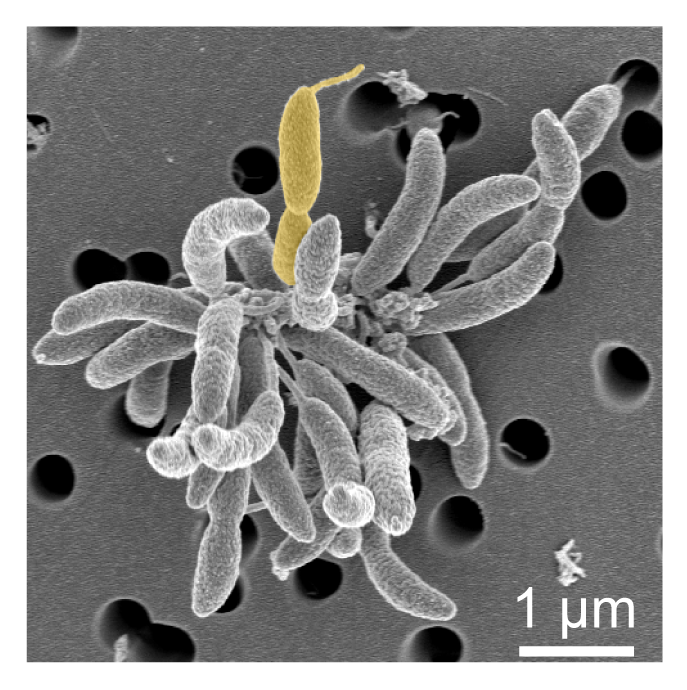 new manuscript explaining the connection between post-hatch dispersal into tree canopies and the evolution of gliding in nymphs of Extatosoma tiaratum, a stick insect native to coastal Queensland.

The origin of insect flight presumably underwent a series of intermediate morphologies, which, unfortunately, has not been shown in the fossil record. However, we can infer such transition by studying extant insects undergoing secondary flight reduction.

In this new publication (link), we presented a framework for describing the evolutionary pathway between winged and wingless (volant) morphologies. This work paved the ground for addressing the systematic changes in insect flight evolution.

Many animals attack prey with rapid strikes, typically a linear motion pointing forward and powered a rapid release of energy. To have the flexibility of strike direction is extremely rare in nature.

My collaborator Dr. Crews and I found the flat spiders (Family Selenopidae) can strike toward any direction. This novel mechanism is enabled by a special leg design. When striking a posteriorly oriented prey, a spider may turn at 3000 deg/s (about ten rounds per second), which is the among fastest turning maneuver in legged animals. (Full-text: here | Background story: Inside JEB)

(this is part of an article written for the Phasmid Studies Group news letter, June issue 2017)

Most stick insects are friendly and easy to rear, which made them convenient for lab studies. Also, there are more important reasons why they are suitable for the topics I was addressing – flight evolution. Anybody who has experience seeking them in the wild or rearing them in captivity may notice their ‘dropping reflex’. When disturbed, they may instantly release their foothold and initiate an aerial escape through descent. This behaviour allows them to quickly escape from potential danger.

Once in the air, they may remain in the stick-mimicking posture, then start parachuting with extended legs, or perform fancier movements with open wings. The point is, if the goal is to initiate a controlled aerial performance (such as parachuting, gliding or flight), the first step is to ensure a right-side-up body orientation, and finishing this reorientation as quickly as possible would save time and height for other mid-air behaviours. In the case of nymphal Extatosoma, high-speed videos show that they achieve a stable, right-side-up body orientation in less than 4/10 of a second regardless of the initial orientation. How exactly do they do it?

The way that an animal can reorient itself mid-air is a complex topic – it potentially involves the size, shape, and movement capability of different body parts, and also relative orientation between the animal and air flow. Vertebrate animals, such as a cat, can twist its torso to achieve a rapid reorientation during upside-down falls. Similar mechanisms are used by water diving athletes. This type of aerial righting is driven by the inertia of body parts and is nearly unaffected by the force from air, because the density of body and legs is much higher than that of air. However, for small invertebrates such as a stick insect nymph, the aerodynamic forces may predominate over inertia. Do they use aerodynamic forces to right themselves?

To find out how they perform mid-air righting, the first step was to capture the movements. My collaborator and I made a special device to initiate descent of the insects in an unperturbed, right-side-up orientation. We had two synchronized high-speed video cameras, both filming at 500 frames per second and pointing to the volume of space below the insect-dropping device. Once the insect was dropped and fell through the experimental space, the cameras were triggered and the videos were saved. We then used special software to track the movements of chosen landmarks on body and legs (such as the coxa joints). The traces of individual landmarks from two perspectives were then used to reconstruct the 3D movements of body and legs using custom-written programs. Lastly, a series of programs were used to analyse and visualize how the insect falls and rotates and how they control leg movements throughout their righting.

The high-speed videos revealed smooth righting performances that were executed within a very short period of time. Once released, the insect starts to fall in an upside-down posture, and the falling speed progressively accelerates. About 0.1 seconds after the release, the insect begins to rotate; as the speed of rotation continues to increase, the insect finishes righting with a quick flip (about 1600 degrees per second, or 4.4 rounds per second) at about 30 centimetres below the dropping point (Fig. 3). Further analyses of the leg movements can show how these wingless insects perform a 180- degree rotation in such a short time.

For a brief overview of the problem, we can simplify the whole insect as a point mass. The position of this point mass in space is determined by the position of body and legs, and is where the gravitational force is applied to. Now, if the insect wants to make a rotation, another force distant from the centre of mass is needed in order to generate the rotational torque. For a falling insect, the air flow is moving vertically upward with respect to the insect, and the aerodynamic forces generated on legs can then be used to generate the rotational torque (Fig. 4 – on next page).

We found that the nymphal stick insects change leg postures, and use active leg movements, to initiate and regulate the righting rotations in approximately three steps. First, immediately after being dropped, they fall relatively slowly. They then flex all legs dorsally (called dorsiflexion), changing the whole body-leg configuration into a geometry that resembles the shuttlecock bird (Fig. 4). This posture allows them to generate an aerodynamic torque that triggers the righting rotation. Second, as the falling and rotation motions are simultaneously accelerating, they swing their legs asymmetrically to increase the torque in the same direction as the body rotation. This torque is added to the efforts that are already made by the ‘shuttlecock bird’ configuration. These leg movements then help the insect to flip the body to a right-side-up orientation. Third, the body continues to rotate as the righting is completed. To slow down, they swing the legs again to generate a torque that is counteracting with the body rotation (Fig. 5).

The ability to reorient the body and stabilize the orientation subsequently within 3/10 of a second, requires agile and instant control of leg movements. The insects probably use gravity, and the direction of air flow, with respect to themselves to infer their body orientation and motion, and they may also sense the air pressure through their legs to better control the leg swings. The way that Extatosoma nymphs use their legs to perform mid-air righting gives us a general understanding on how small wingless insects may achieve such aerial manoeuvrability. The utilities of legs as primitive aerodynamic surfaces also allow scientists to infer how flight may have started in ancestral winged insects, as the earliest winglets may assist in similar manoeuvres. Furthermore, the development of micro aerial vehicles may be inspired by the aerodynamic utilities of leg in nymphal stick insects.

A pop-science article explaining the details can be found here