My main research aims to understand the origin of locomotor systems — that is, how complex mechanical systems (e.g., insect flight) emerge from simple ancestral forms by means of natural selection. These processes may include the origins of motor and structural components, the dynamics of assembly (at evolutionary and developmental scales), and how they undergo systematic reconfigurations in evolution, leading to nonlinear, rapid acquisitions of novel functions. Also, the behavioral and ecological contexts of locomotion play an important role in these transitions.

Biomechanics and evolution of insect flight

A group of insect first evolved powered flapping flight ~325 million years ago, but the mechanism and process of flight gain remain mysterious. I use the stick insects to address the evolutionary transition between flapping flight and flightlessness. A evolutionary morphological framework has been set up in a recent manuscript, and incoming manuscripts will elucidate the systematic reconfiguration in the evolutionary transition between flight and flightlessness.

Biomechanics and ecology of controlled aerial behaviors in wingless animals

Understanding how wingless animals control midair maneuvers, including falling, jumping and gliding, helps to address the origin of flight and the diversity of aerial behaviors. Studying these behaviors with respect to natural history and behavioral ecology can further inform us about their utilities in different ecosystems.

Jointed limb systems have diverse designs. I integrate multi-body mechanics and robotics to address the function and evolution of these system, especially for extreme maneuverability in air and on land.

Collective motility has repeatedly evolved on the microbial tree of life. In the bacterium Caulobacter crescentus, I showed that the aggregates between immotile and motile cells can perform active, long-distance dispersal, and exhibit wheel-like rolling near liquid-solid interface. Ongoing research continues to address the diversity of incipient collective motility and the role of motility in evolution of multicellularity.

I examine the developmental and evolutionary origin of the hagfish slime thread, a proteinaceous fibrous thread (~ 20 cm in length and 1–4 μm in diameter) that is generated and packaged within a large cell that is of ~ 150 μm in length. The main questions are (1) how do these cells produce a continuous thread that is over 1,000 times its length, (2) what is the morphogenesis process and how is it powered by cytoplasmic motor molecules, and (3) what is the evolutionary origin of this remarkable intracellular fiber?

A first systematic investigation on the entomology of Nuosu (彝) people, a minority group living in mountain villages of southern Sichuan, China. 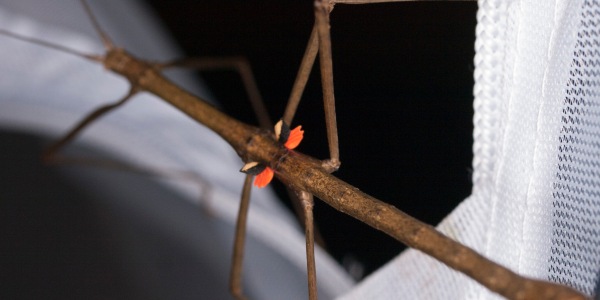